Codyeco completed the construction of the prototype plant able to produce biopolymers at industrial scale.

The activities, begun in July 2016 with request of permits to the municipally of Santa Croce sull’Arno, were concluded in December 2018 with the construction of the new plant. Specially developed for scaling up the syntheses of new BIOPOL products, the prototype plant was designed following the most modern technologies and highest safety standards. 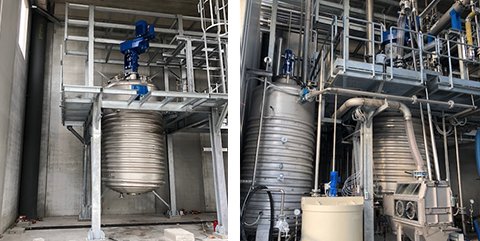 The manufacturing of new products is carried out through Life Cycle Designed processes in order to minimize their environmental impact and improve circular economies. To allow this, the new plant was equipped with specific sensors, which will be able to monitor the impact that the production process will have on the environmental footprint of the synthesized products.